When beeing in Puno, my husband and I went to visit Sillustani. It is a pre-Incan burial ground on the shores of Lake Umayo.
It is the site of some of the areas most impressive funerary towers (chullpas). They were built by the Colla people around 600AD to bury their nobility. Entire families, along with food and personal possessions were buried in these cylinders.

The tombs, which are built above ground in tower-like structures called chullpas, are the vestiges of the Colla people, Aymara who were conquered by the Inca in the 15th century. The structures housed the remains of complete family groups, although they were probably limited to nobility. Many of the tombs have been dynamited by grave robbers, while others were left unfinished. 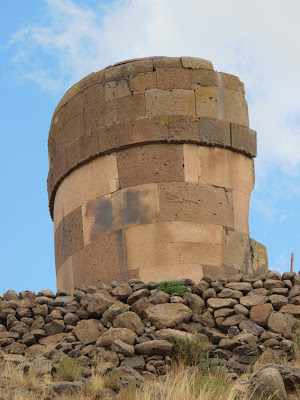 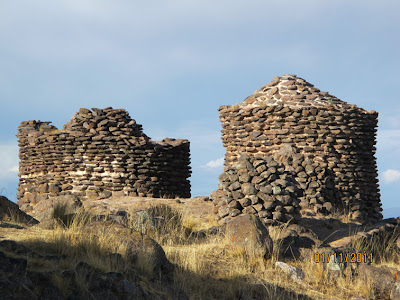 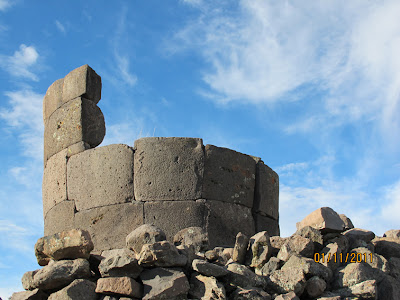 The scenery here is beautiful. When arrivinng with our guide we walked up the hill from the parking lot to the plateau above. The towers stand at the far end of the field with the lake in behind. Pretty, pretty, pretty!!! 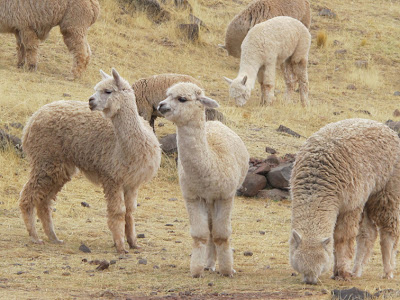 A little group of alpacaer and lamaer were walking next to us. There faces are so cute! I just want to give them a big hug and take them all with me home. 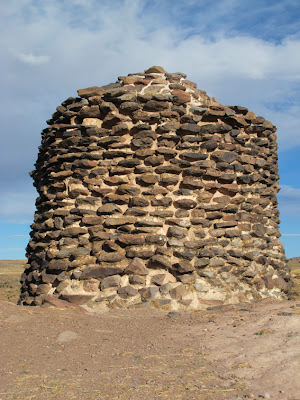